Hard In The PAINT

Finally - last night I was able to attend DAYGLOW - the world's largest paint party!! I am always proud of my husband. He works soooo hard to throw some of the BEST events Nashville has ever had. This is the second time he has been one of the people behind this particular party. The last time time he had DAYGLOW - I was here - get painted in a different way, haha! 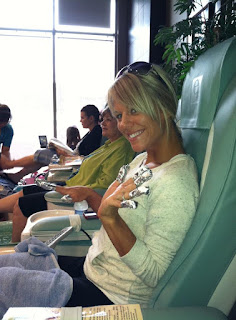 Ya see, the last time he hosted DAYGLOW, it was the weekend of our wedding! I didn't want to take the chance of all that neon paint NOT coming out of my blonde hair. Not to mention I had friends and family in town and a pretty long to-do list to take care of!

This time around I wasn't going to miss out on the fun!! DAYGLOW actually came to Nashville two other times before I finally "got it". I always wondered what would be fun about being smashed into a crowd of kids and getting covered in paint. Well .. let's just say .. I totally get it now!!! It was one of the most fun nights I've ever had in Nashville! It was freezing and it rained - but no one cared! To give you a tiny idea ... this was me and one of my best friends Adam at the beginning of the night ... 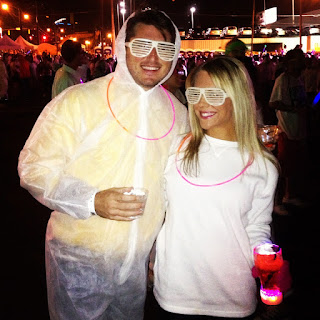 This is me after one paint blast ... 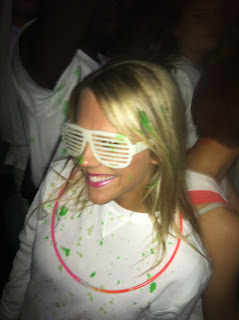 These are from later, after plenty more paint was blasted out into the crowd! 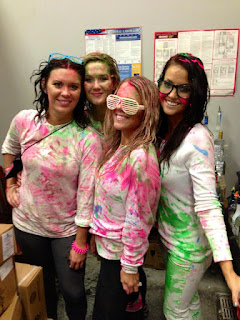 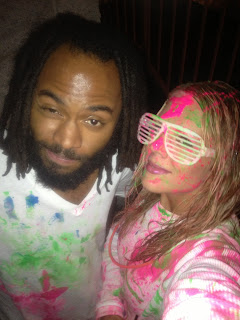 And when I saw crowd - I mean CROWD! Some 6,000 (ish) people came out for this. My husband worked nearly 30 hours straight. I'd say it was worth it!! Seriously, check out this video! I'm somewhere in the crowd!

The result?! This is me at the end of the night .. after the last blast and when I finally got home.  Look at my hair?!?! It literally felt like it was going to break off it was so stiff!! 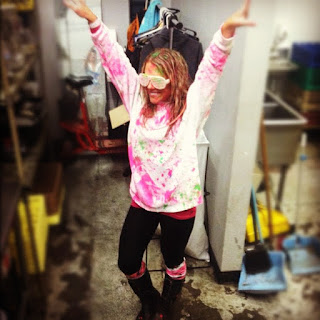 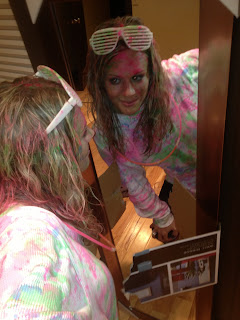 The good news - I only had to shower once - and not a drop of paint left on my body :) I was back to blonde and snoozing with the pup in no time  :) 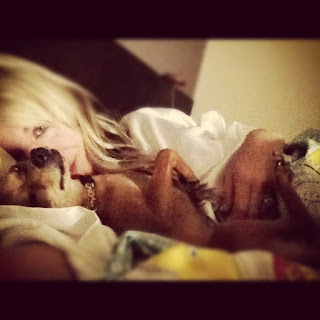